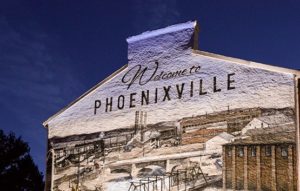 Provides the best service to our precious clients and we are very happy to give our services to Phoenixville community in Chester County. Our HVAC service is best in this community. If you need Service about your systems, Call us for quick solutions. Our contractors do maintenance, Installation service, and HVAC repairs We have professional HVAC contractors, who always do their work with perfection.  After work done, you will surely recommend our HVAC services. We are the top in HVAC servicing, Just a phone call and our contractors give you full satisfaction in our work.

Installed more Geothermal Heat Pumps than any HVAC Contractor in the Phoenixville, PA

A+ Rating with BBB & 100% Satisfaction Guaranteed.

If you want a superior HVAC service locally in Phoenixville, then call us, We are the HVAC contractors who are expert in their work. Our contractors do maintenance, installation service, and HVAC repairs. We give the best service to our clients. We can do fine and affordable replacements for our precious customers.

Any type of heating issue in your heating devices, it is possible to contact anytime to our contractors for assistance. Any difficulty in Furnaces, hot water boilers, tankless heaters are all solved with our professional contractors. Only one call, and you’ll be back to normal life by repairing your damaged system.

Do you want to replace your air conditioner? Contact us and we provide a reasonable quote for you that’s fine and reasonable. When your A.C. isn’t working properly on hot days what should you do? Why wait, simply call us for immediate action. Try us to be given a genuine support. You won’t overlook our service and you may suggest to someone else also.

Our HVAC contractors are the Finest Geothermal contractors. We Fixing and installations of Geothermal Systems, Any difficulties with the Geothermal system, Just give a call to our Contractors they will understand your system and eliminates the issue very easily.

It’s extremely likely to be given a quote from Sinton Air, you won’t have to wait a couple of days. We have our own trained HVAC technicians whose purpose is to provide complete satisfaction to our customers.

Phoenixville is a borough in Chester County, Pennsylvania, United States, 28 miles (45 km) northwest of Philadelphia, at the junction of French Creek with the Schuylkill River. It is located in the Philadelphia Metro Area. The population is 16,440 as of the 2010 Census.

Originally called Manavon, Phoenixville was settled in 1732 and incorporated as a borough in 1849. In its industrial heyday early in the twentieth century, it was an important manufacturing center and it was the site of great iron and steel mills such as the Phoenix Iron Works, boiler works, silk mill, underwear and hosiery factories, a match factory, and the famous (and now highly collectible) Etruscan majolica pottery. Like many American towns and cities, Phoenixville owes its growth to its waterways. It is not only situated on the broad Schuylkill River, a historic thoroughfare to Native Americans and early settlers alike, but it is bisected by the fast-flowing French Creek, which was quickly harnessed for water power.

The City of Phoenixville – Chester County

When You Need Heating & Cooling Help in Phoenixville, PA 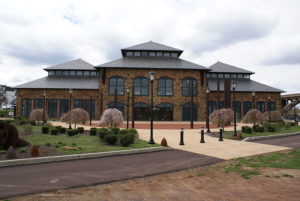